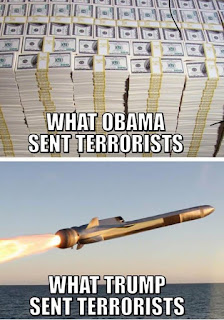 I'm a huge believer of teaching and evangelizing through Facebook.  I know controversy has developed over privacy and Catholic censoring concerns and some are considering moving to MeWe.  But, I take the position that having political warriors poaching our opinions is actually a desired outcome.   I'm thrilled Trump wants to use Cambridge Analytics to shape policy.  If the communists want to send up a trial balloon and they read their own logical fallacies, that is an excellent use of my time and treasure.     Why on earth would I want to move my efforts to a social media website where my efforts echo in a canyon?!

Yes, there is censoring of Catholics.  How is this different from the 2000 years that precede us?  Quo Vadis?!

I've been on Facebook for about ten years.   But over the course of the last year, I've noticed the virulent habit of Catholics posting fake news on my feed.   What's extremely frustrating is, these Catholics used to be reliable sources for Catholic news and theology.

Before I realized folks were falling into rabbit holes, I confess to sharing a story or two before somebody informed me it was fake news.    Because I use Facebook as an evangelization and teaching tool, and because I have a family member in the military, I'm extremely careful at who I've friended and what I personally share with the Big Tent of people who have friended me, some of whom are uncatechized.    A few times of being duped  - I immediately removed the story from my feed and now personally verify anything I share, even if the person is a solid, reliable Catholic.   I was floored to discover solid Catholics defending the posting of fake news and conflating their own opinions as Church teaching.


Yesterday, several solid Catholics on my FB feed were rushing to Assad's defense.   Their position is, his atrocities and mass murders are ok because Christians are not his primary target.   Maybe, but many Christians who flee his tyranny complain of his brutality, torture and murder - he is not our friend.

All hell broke loose when I asked one Catholic "So then Auschwitz was ok with you?"

When it comes to the Middle East, I trust no one.  Between the Taliban, Muslim Brotherhood, ISIS, HAMAS, al-Qa’ida, the rebels, Obama and Putin, whom I do not trust, I feel like the demons change form so often, it's impossible to keep track.

What we do know is, Obama was on the side of the rebels who were killing Christians.  It is absolutely true that Assad and Putin were defending Christian lives against Obama and his Islamic allies ethnically cleansing Christians.  But, with absolute certainty, I knew and know that Assad is a sociopath and mass murderer.   He is not a good guy.  He is a brutal murdering dictator.   His countrymen have been fleeing the brutality of his dictatorship and seeking political asylum.   He is not our ally.  He is a murdering sociopath.  Sociopaths, charm and pretend they are your friend.  You never suspect they are your enemy until the nanoseconds before they slice your throat.

The way some Catholics are speaking of Assad, you'd think he was Joan of Arc!

I could keep going, but this is enough diligence for any honest, rational person to come to the conclusion Assad is a tyrannical sociopathic liar and murderer.     An individual like this, if he hasn't done so already, will eventually kill Christians.   Just as the Third Reich did.

Putin is a mystery to me. He is a dictator and runs a tyranny, but, I believe his respect for Christianity and concern for persecuted Christians is sincere.  I pray for his conversion.  Whatever he's doing in the Middle East, he is not an ally of US citizens.  He will kill us in a New York minute.  He is not to be trusted.


Trump has done more to defend the life and liberty of Christians since Ronald Reagan.  He defeated ISIS within a year.   He is on our team, as is General Mattis.

When looking for solid information that has the interests of US citizens at its core, these are our go-to people.

Assad has all but won the civil war against rebels in his country.  The US is winding down our military action in Syria.  Assad wants us out and we want to go.   Although Assad controls the chemical weapons infrastructure and has used weapons of mass destruction on his own people dozens of times, it was within the realm of possibilities that the few cornered rebels were responsible for last weeks attack.   Not very likely, because why would Trump and our military, who have feverishly been working to defeat ISIS in Syria, now lie about evidence to help the handful of Islamic terrorists?

That wouldn't make sense.  But,   I wanted to know the truth, so listened to military briefings and read coverage from a variety of reliable media sources.

I was surprised to see reliable Catholics posting FB links to a story reporting General Mattis 'admitting' there was no evidence Assad was responsible. This completely contradicted what I personal heard General Mattis say in press briefings. I clicked on the link and discovered it was a story from several months ago.

If you are too lazy to click on a link and read the story about who is bombing whom before you post it to your feed for my unchatechized people to read, regretfully, we're not using FaceBook for the same purpose, and the time has come to cut you loose.

All of a sudden, it seems like people are jumping off of the sanity ledge.    I probably cut 50 people loose over the last week. Some of them had been on my Facebook feed for years.

Ain't nobody got time for that.

If you're looking to be on the side of is the guy helping to defeat islamic terrorists killing Christians,  Trump and his military are your freedom fighters.

There was also a flurry of FB activity concerning Catholic Just War theology as it relates to allied strikes in Syria.

This is very important.

With respect to the strikes in Syria and Catholic teaching:

All conditions to justify the legitimate exercise of force have been met.

1. Assad's mass murders, atrocities and war crimes have been lasting, grave and certain.

2. Many years and many leaders from numerous countries have attempted and exhausted diplomacy, giving ample warning to Assad of consequences should he continue endless atrocities, human rights violations and mass murders. These efforts were ineffective.

3. Allied forces strike was tactical and precise hits to chemical weapons infrastructure.  No deaths, and only 3 injuries are reported.

4. The use of arms did not produce evils and disorders graver than Assad atrocities.

Finally - The responsibility for determining whether these conditions are met belongs to "the prudential judgment of those who have responsibility for the common good." Military leaders who are privy to intel. In this case, there are photographs of Assad's planes dropping the explosives, chemicals and gas.

This is incontrovertible. There is no authority or case to be made by honest, educated Catholics to convict allied forces of actions that violate Church teaching.

Yet - here are some of the responses from what I formerly considered educated, sound in mind and spirit Catholics:

Living in Boston usually means abortion supporter, ultra liberal socialist and feminist...I have relatives in Boston whom falsely claim to be roman Catholic. I know the dance of deception. Please list what you have done to oppose the evil genocide of abortion? Do you vote for candidates who promote abortion?...


What does the Church require, Carol? I’m a dumb priest. Please educate me. Tell me, how was number 2 (in the modernist Novus Ordo Catechism, no less), fulfilled in this case?

Are we really incapable of leaving the lunatic-fringe schismatic chit chat aside? I'm a Catholic daily Mass goer who tries every hour to be in a state of Grace. I'm pretty educated in the faith. That should be enough to hold an adult conversation about theology without the absurd inference there are two religions within Catholicism and I belong to an invalid sect.

You are just a liar. Sins of slander and detraction to promote grave evil are themselves gravely evil. What have you done to vote in pro life candidates in Boston to substantiate you are not a deceptive hypocrite? ?


If you support unjust murder and the mortal sins of detraction slander and calumny to justify same you are not in a state of grace. You avoid stating for the record what steps you have taken in Boston to be pro life and vote in pro life politicians. I know for a fact no pro life politician can be elected dog catcher in Boston. I support innocent Christians in Syria and want them to be protected from ISIS. You hate Catholic justice which thinks well of others until the contrary is proven. Enjoy your invalid blasphemous fake mass in your invalid Modernist sect.


I do not associate myself with sinful detractors and immoral heretics. I refuse to submit to false altars who defame the blood of the Lord and mock the saints. Enjoy the unjust attack on Syria Madame.


Hey, Thanks for giving Pope Francis the ammunition to conclude all trads are nuts.   Ok.  Bye.

Many who have wondered what they would do if they were alive during the holocaust of the Third Reich now have their answers: They would do nothing and claim their cowardice and sins of omission are on behalf of Christ.

Email ThisBlogThis!Share to TwitterShare to FacebookShare to Pinterest
Posted by TTC at 11:20 PM

TTC, Thank you for a great article.

I, like many others, are confused and dazed by these events; especially the statements coming out of Rome, etc.

Sadly, I have come to the conclusion that the below statements are based
upon facts:

“The road to Hell is paved with the bones of priests and monks, and the skulls of bishops are the lamp posts that light the path.”

“The road to hell is paved with the skulls of erring priests, with bishops as their signposts.” St. John Chrysostom attributed.1


“The floor of hell is paved with the skulls of bishops.” St. Athanasius, Council of Nicaea, AD 325 attributed.3


“The road to hell is paved with the skulls of bishops.” Saint John Eudes, attributed.4

Whoa, those are some hateful “chestnuts” !
Keep up the Great work for God, Church and County!

Keep up your good work Carol. Being abused by the wrong people** is a sign of success.

**Wrong people are "Catholic" Democrats, those supporting Pope Francis, folks who don't appreciate the fine job President Trump is doing, plus nearly everyone else who disagrees with you.


Don't know why it didn't show up as a link...but here's another try

Anonymous - the estrogen dripping from this man is scandalous. Something is wrong!

This is a Flickr badge showing public photos and videos from cvboston. Make your own badge here.